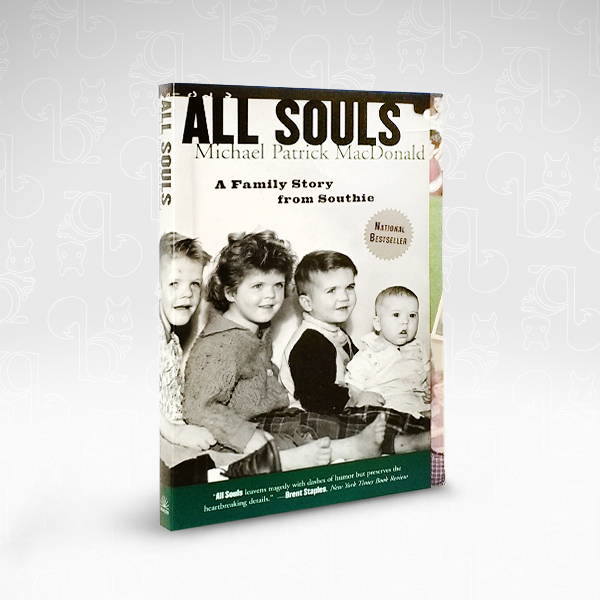 All Souls: A Family Story from Southie – Michael Patrick MacDonald

A breakaway bestseller since its first printing, All Souls takes us deep into Michael Patrick MacDonald’s Southie, the proudly insular neighborhood with the highest concentration of white poverty in America. The anti-busing riots of 1974 forever changed Southie, Boston’s working class Irish community, branding it as a violent, racist enclave. Michael Patrick MacDonald grew up in Southie’s Old Colony housing project. He describes the way this world within a world felt to the troubled yet keenly gifted observer he was even as a child: “[as if] we were protected, as if the whole neighborhood was watching our backs for threats, watching for all the enemies we could never really define.”

But the threats-poverty, drugs, a shadowy gangster world-were real. MacDonald lost four of his siblings to violence and poverty. All Souls is heart-breaking testimony to lives lost too early, and the story of how a place so filled with pain could still be “the best place in the world.”